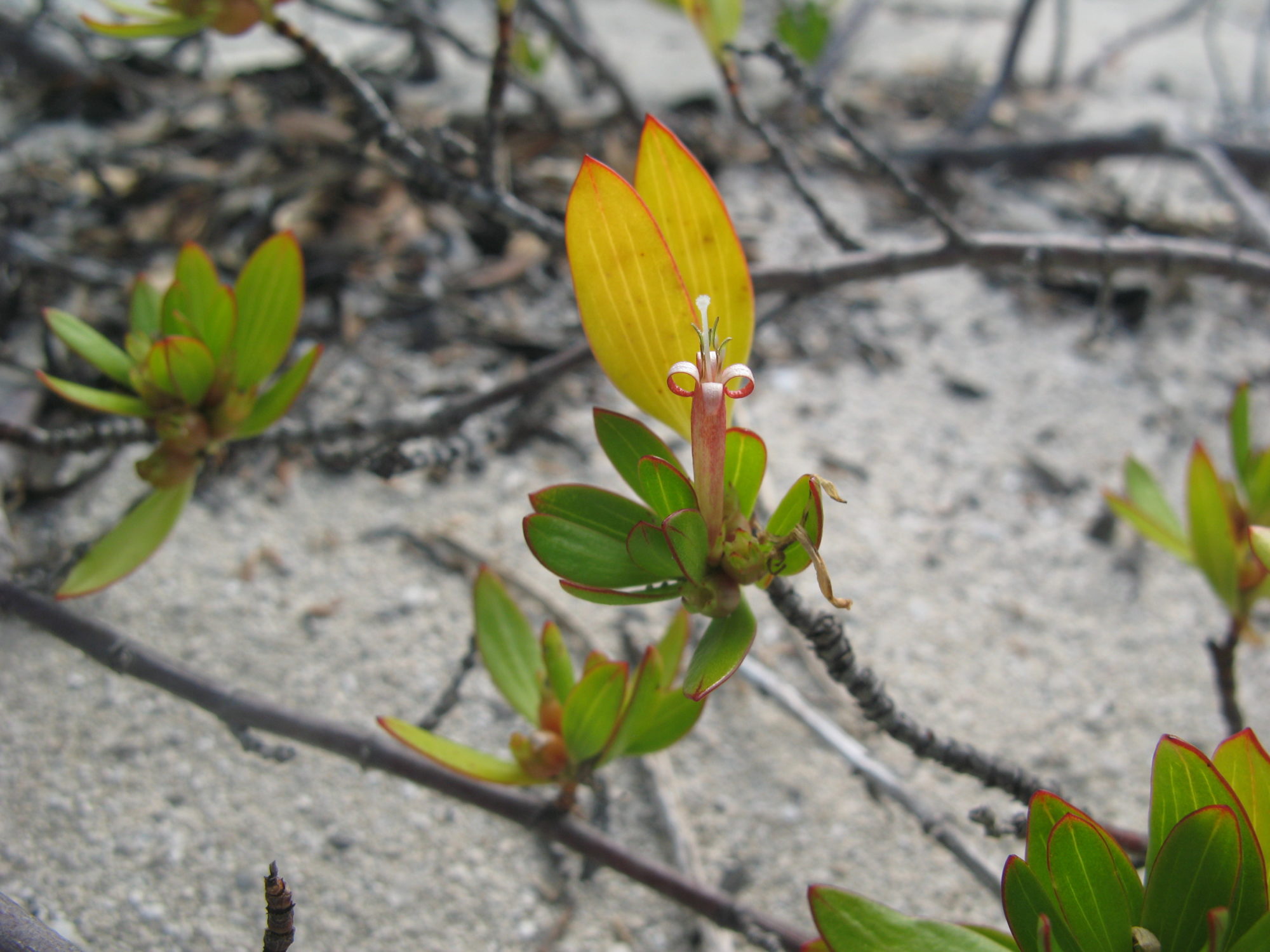 I just got back from the island of Providenciales, part of the Turks and Caicos Islands in the Caribbean. These islands are quite small and flat, so local plants live with high temperatures, little fresh water and ocean spray, from time to time. The Rubiaceae, or coffee family, is a tough family that can survive such conditions. I have already discussed one species in the Rubiaceae, the Pride of Big Pine (Strumpfia maritima), from Sint Maarten/Saint Martin. I was excited to see a new species in the Rubiaceae, the golden creeper (Ernodea millspaughii), during my visit to the Turks and Caicos Islands. 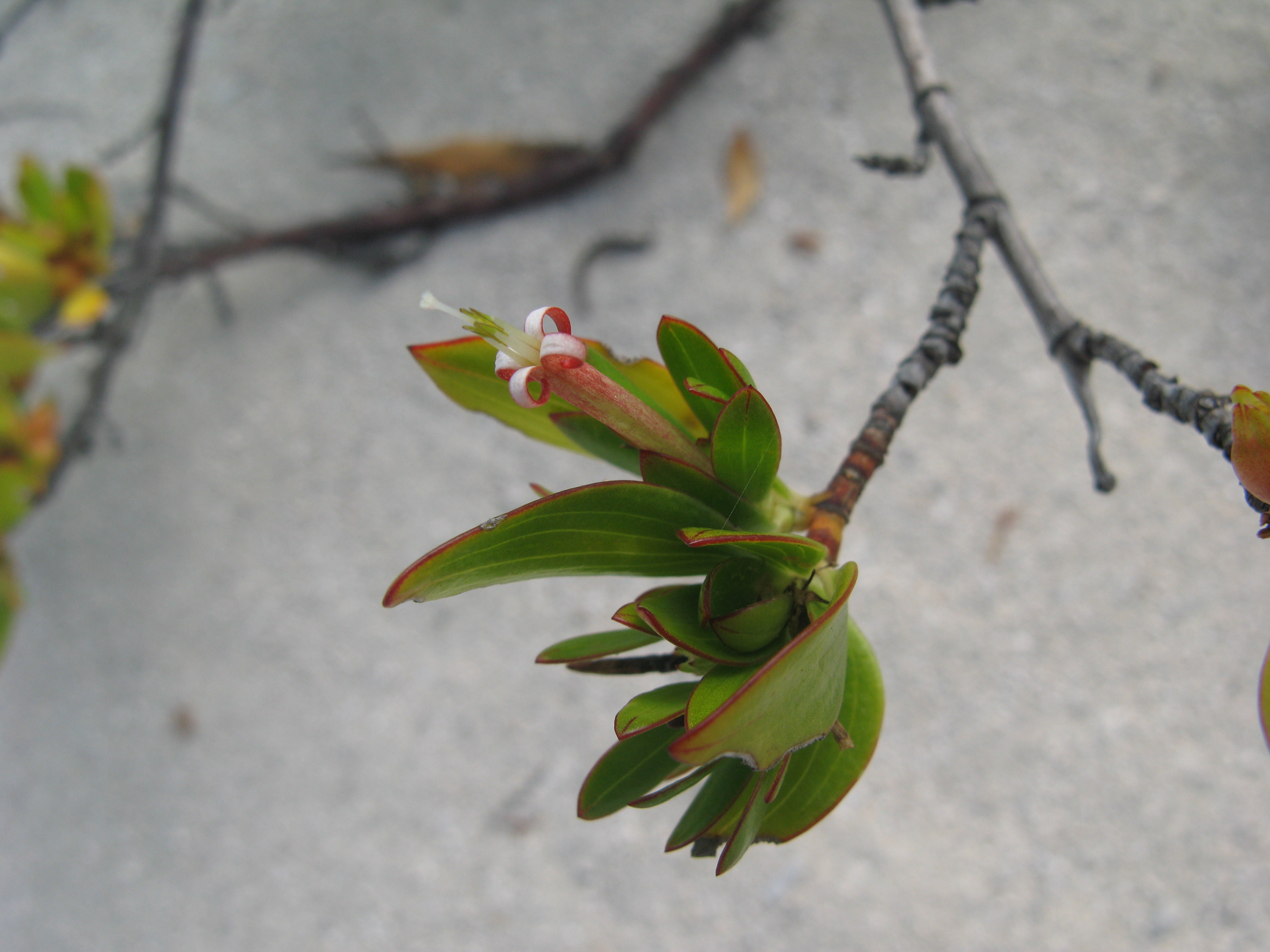 The tubular flowers of Ernodea millspaughii, found on Little Water Cay of the Turks and Caicos Islands (Rubiaceae)

This was a hard plant to identify. There are two species (Ernodea millspaughii and Ernodea littoralis) found on the Turks and Caicos Islands that are very similar in appearance. I was looking for identification characteristics and I found an image of the Ernodea millspaughii holotype in the C. V. Starr Virtual Herbarium of the New York Botanical Garden. The holotype is the original specimen that was used to describe the species. So it was really cool to see an image of the original plant collected in 1907 by Nathaniel Lord Britton (co-founder of the New York Botanical Garden)!

Ernodea millspaughii is only found in the Bahamas, Haiti and the Turks and Caicos Islands (The Institute for Regional Conservation, Floristic Inventory for South Florida Database: Ernodea). The common name, golden creeper, describes how the stems spread along the ground and the golden color of the leaves (University of Florida, Lee County Extension: Ernodea littoralis). The shoots of Ernodea littoralis are used to treat coughs, giving this plant another common name, coughbush (The International Union for Conservation of Nature Red List: Ernodea littoralis). 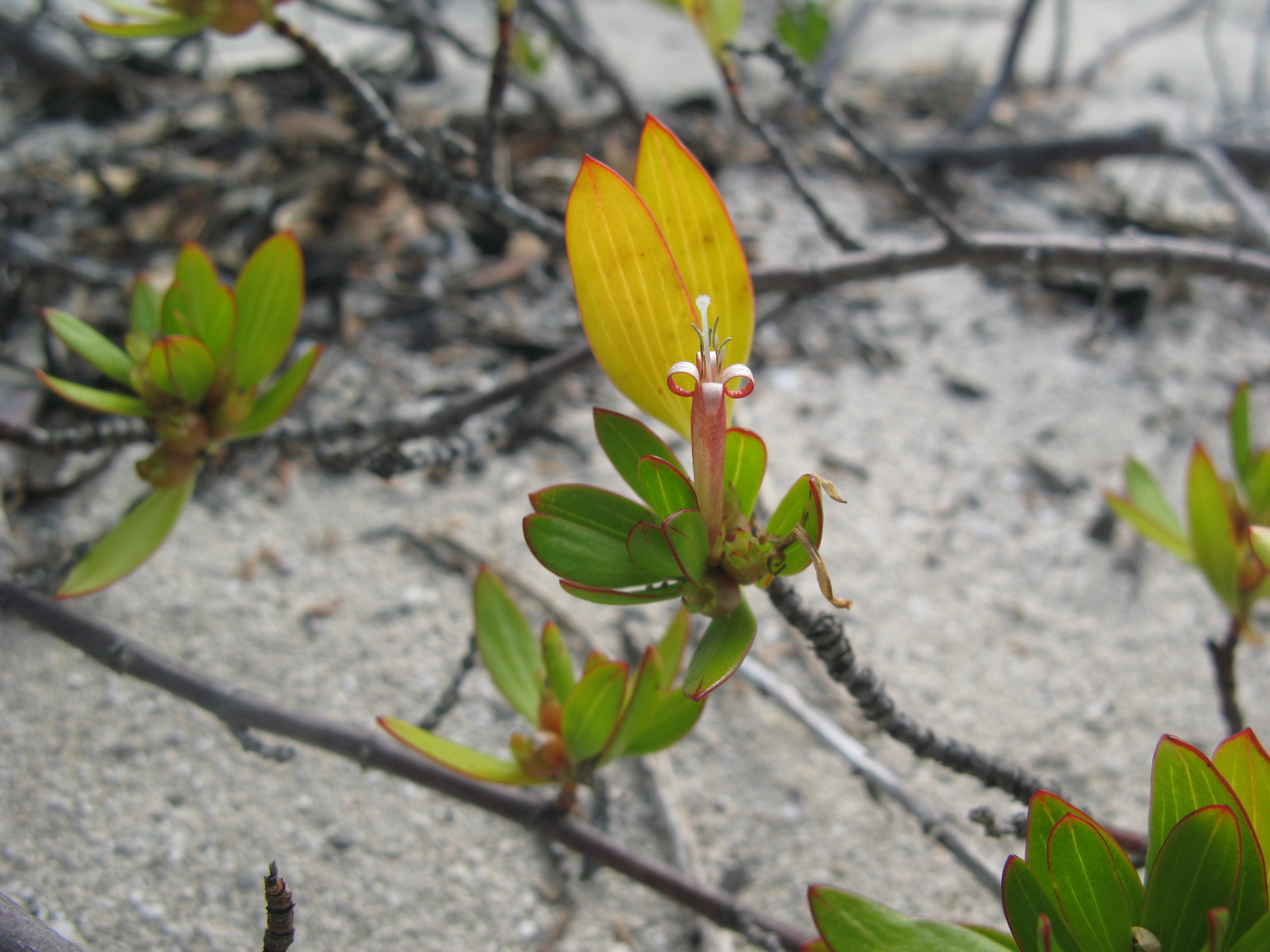 Another exciting find on Little Water Cay were a few Turks and Caicos rock iguanas (Cyclura carinata). These critically endangered iguanas are only found on a few islands of the Bahama and Turks and Caicos Islands. They have been greatly threatened by introduced predators, such as cats and dogs (The International Union for Conservation of Nature Red List: Cyclura carinata). It was cool to see these rare iguanas lounging on the sand by their dens. 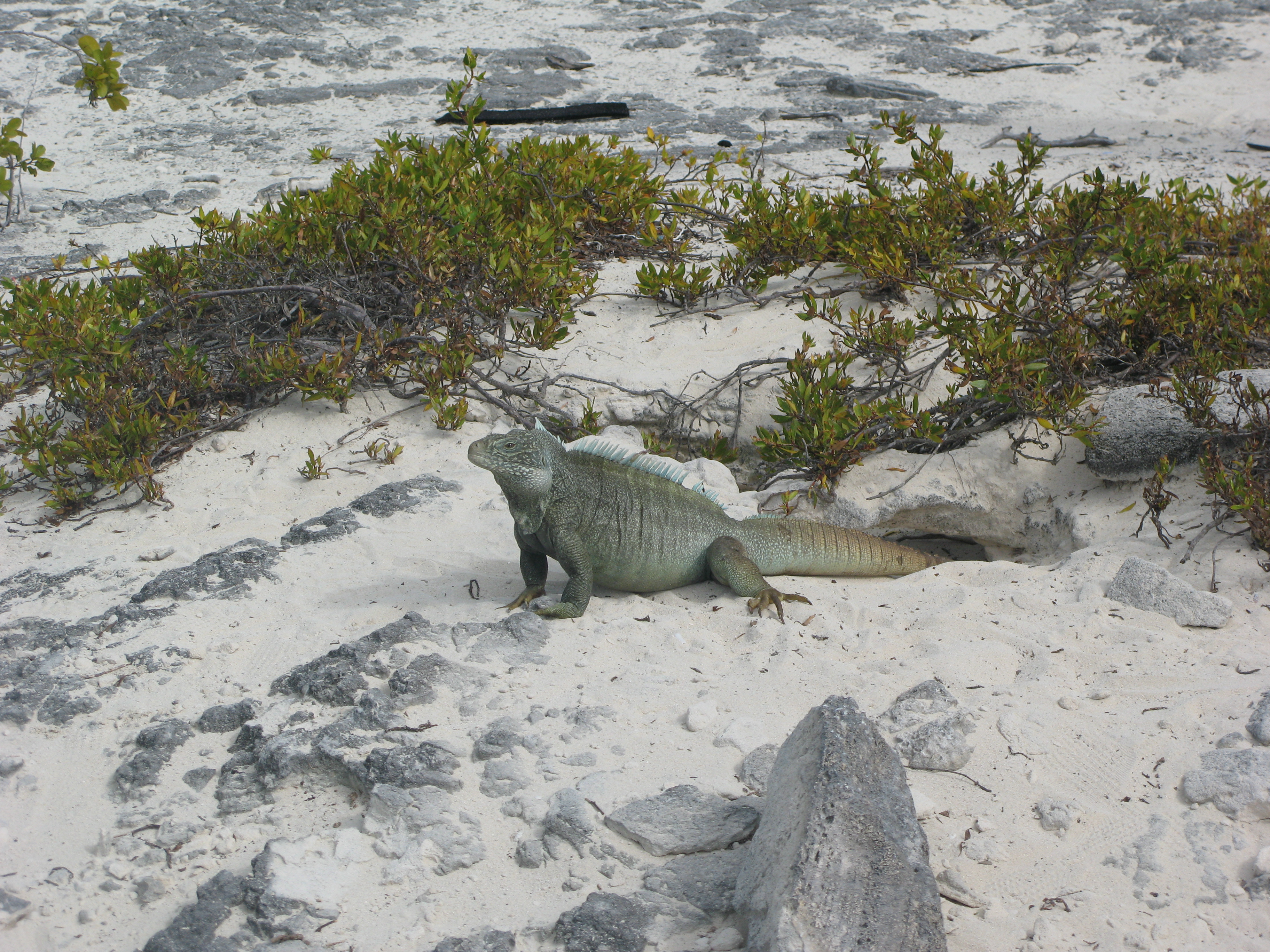