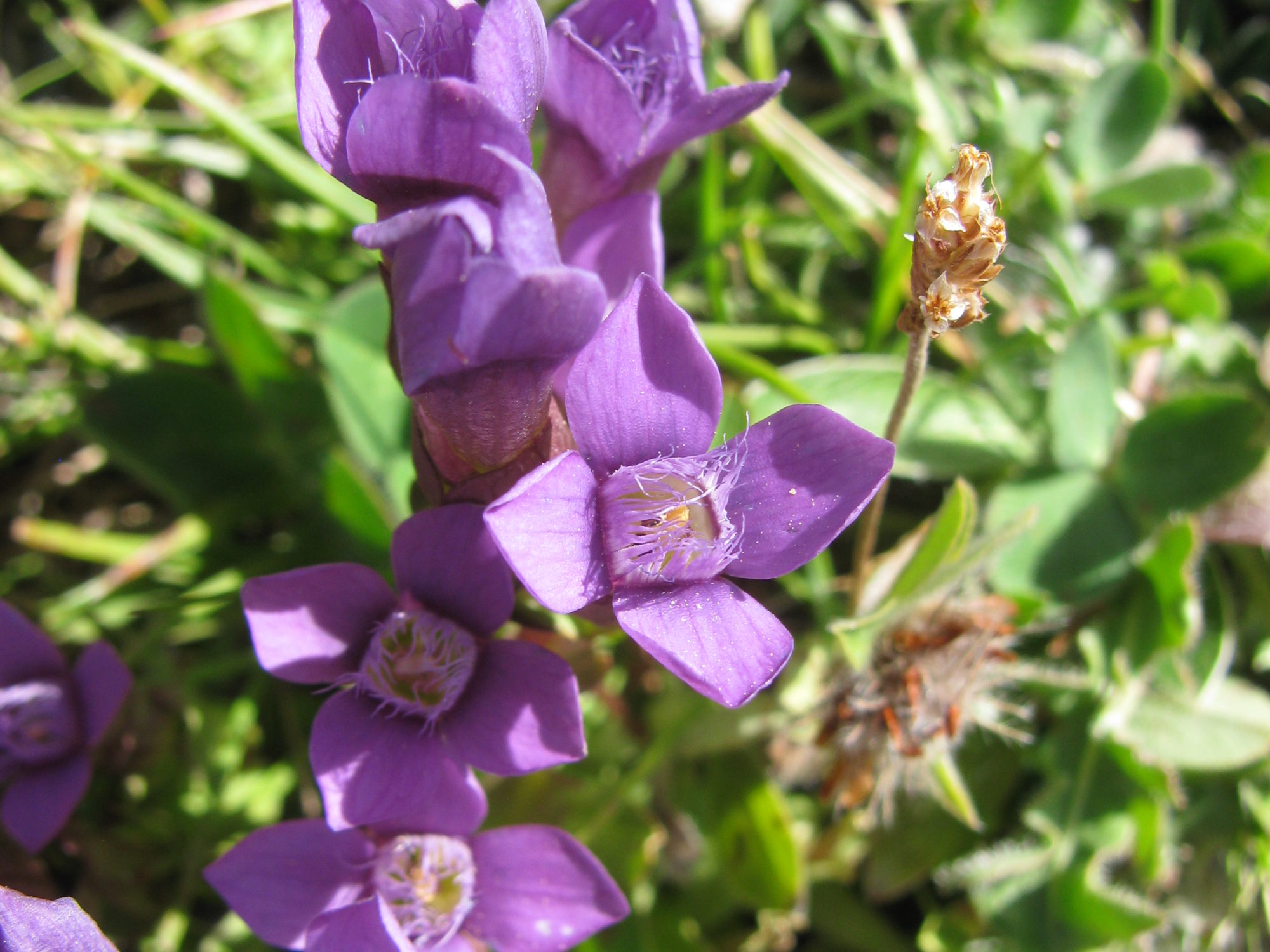 The final gentians (Gentianaceae) I want to focus on are actually two very similar spaces: Gentiana ramosa (branched gentian) and Gentiana campestris (field gentian, above). These two gentians have multitudes of small purple flowers, each with a beard at the center. It wasn’t until I was identifying my photos back home that I realized that I had been looking at two different species!

The branched gentian is found across southern Switzerland and I saw them in the southeast. They were the first gentians I saw on the trip, so I was pretty excited to find them. We had stopped at an overlook on our first day and I was so excited to be taking photos of plants, I slipped on some gravel and fell! The pale purple flowers have five petals and five equally sized sepals (Info Flora Switzerland). 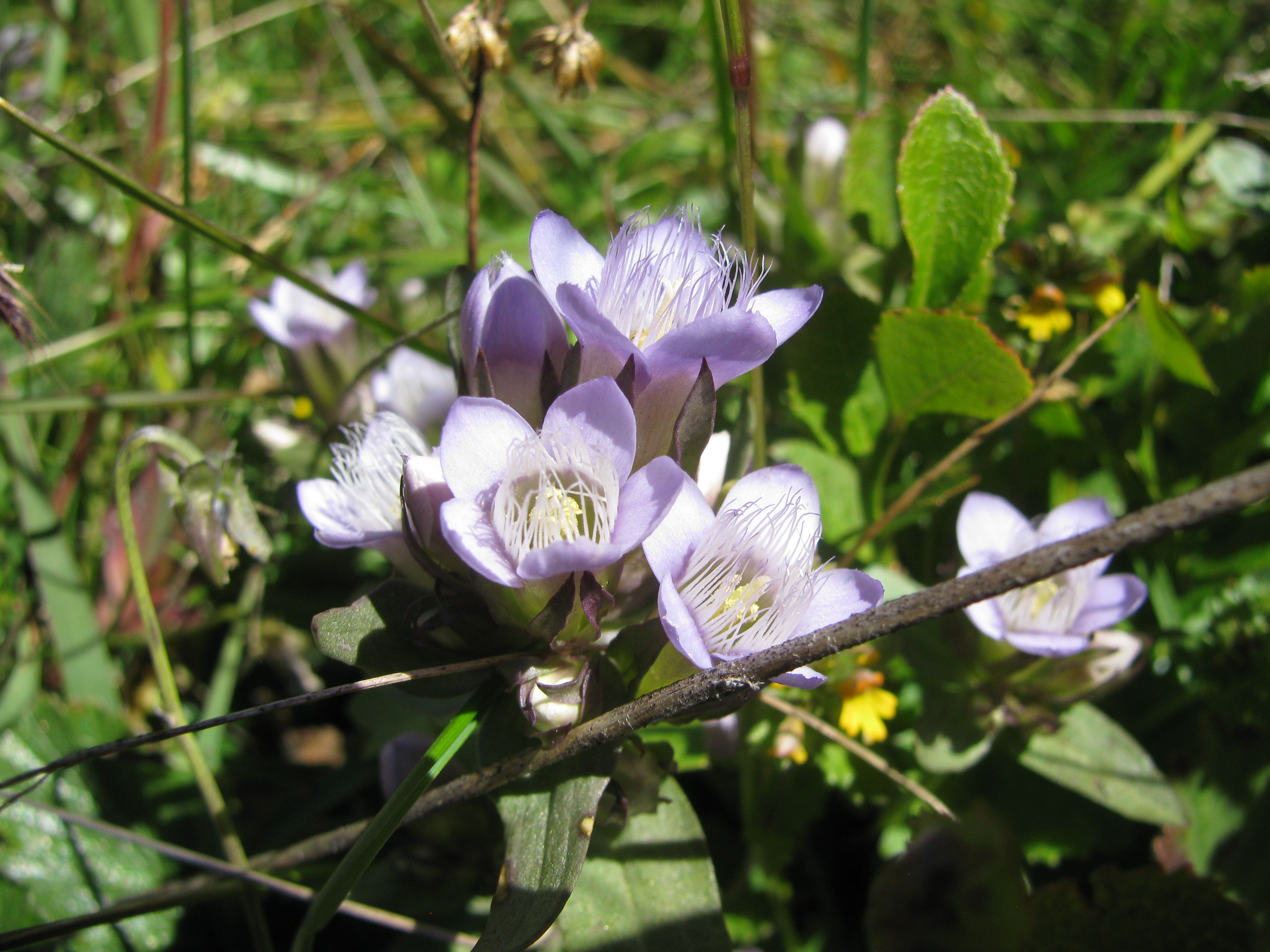 The branched gentian has five petals with beards in the center of each flower (Gentiana ramosa, Gentianaceae) 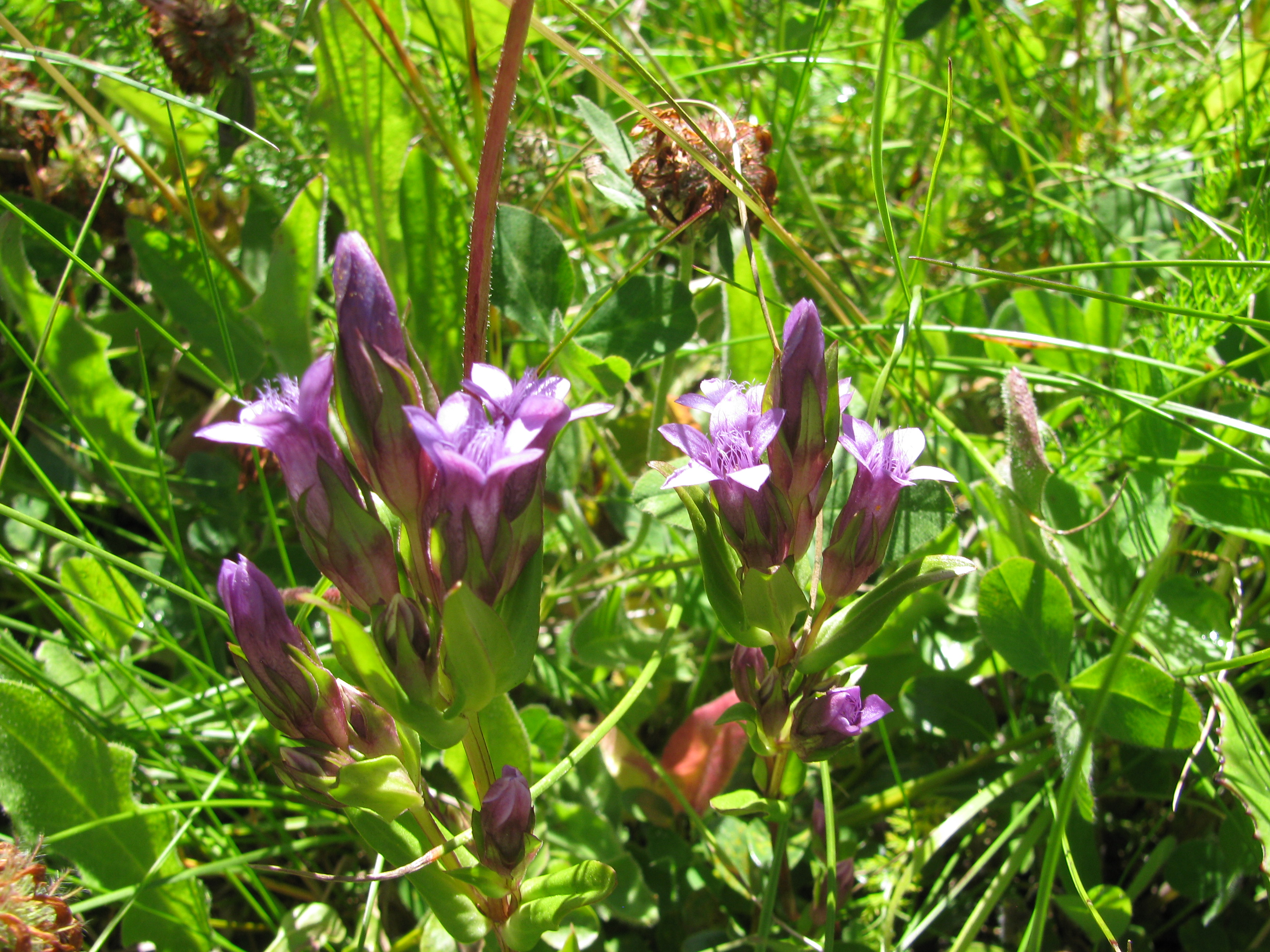 The branched gentian has five petals and five sepals. Each sepal is approximately the same size (Gentiana ramosa, Gentianaceae)

The field gentian is found all over Switzerland. I found them at a few locations, mostly in the southwest of Switzerland. While this species looks very similar to Gentiana ramosa, there are a few distinct characteristics. The flowers are deeper purple, and have four petals and four sepals. The calyx (collection of sepals) is deeply divided and two opposing sepals are much larger than the other two (Info Flora Switzerland).

The field gentian has four petals with beards in center of each flower (Gentiana campestris, Gentianaceae) 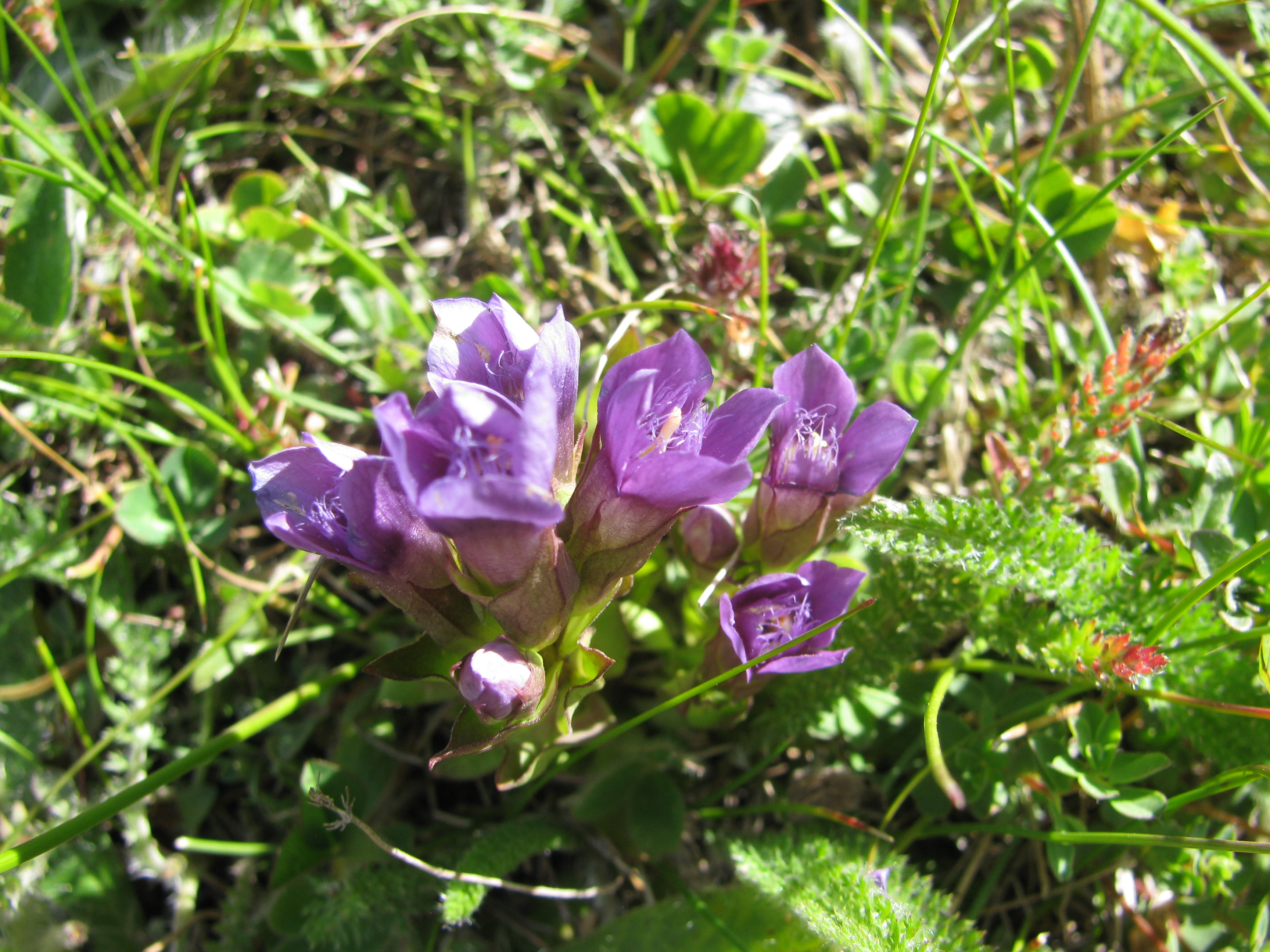 The branched gentian has four petals and four sepals. Two sepals much larger than the other two (Gentiana campestris, Gentianaceae)

One thought on “Branched and field gentians”