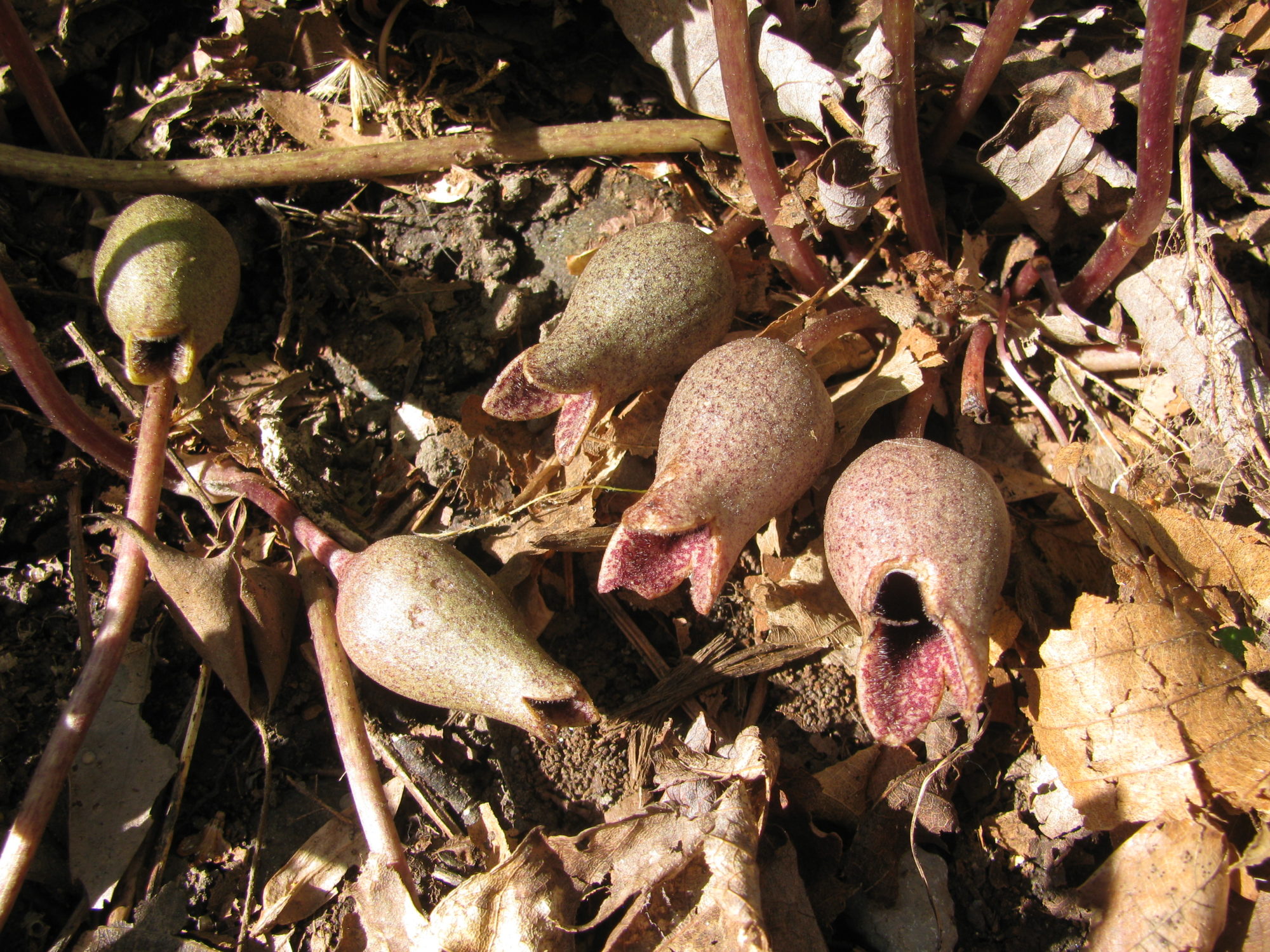 While researching the wildflowers of the Smokies, I came across one with a funny name: little brown jug (Hexastylis arifolia var. ruthii). If you look at the flowers, you can see why it was named that! 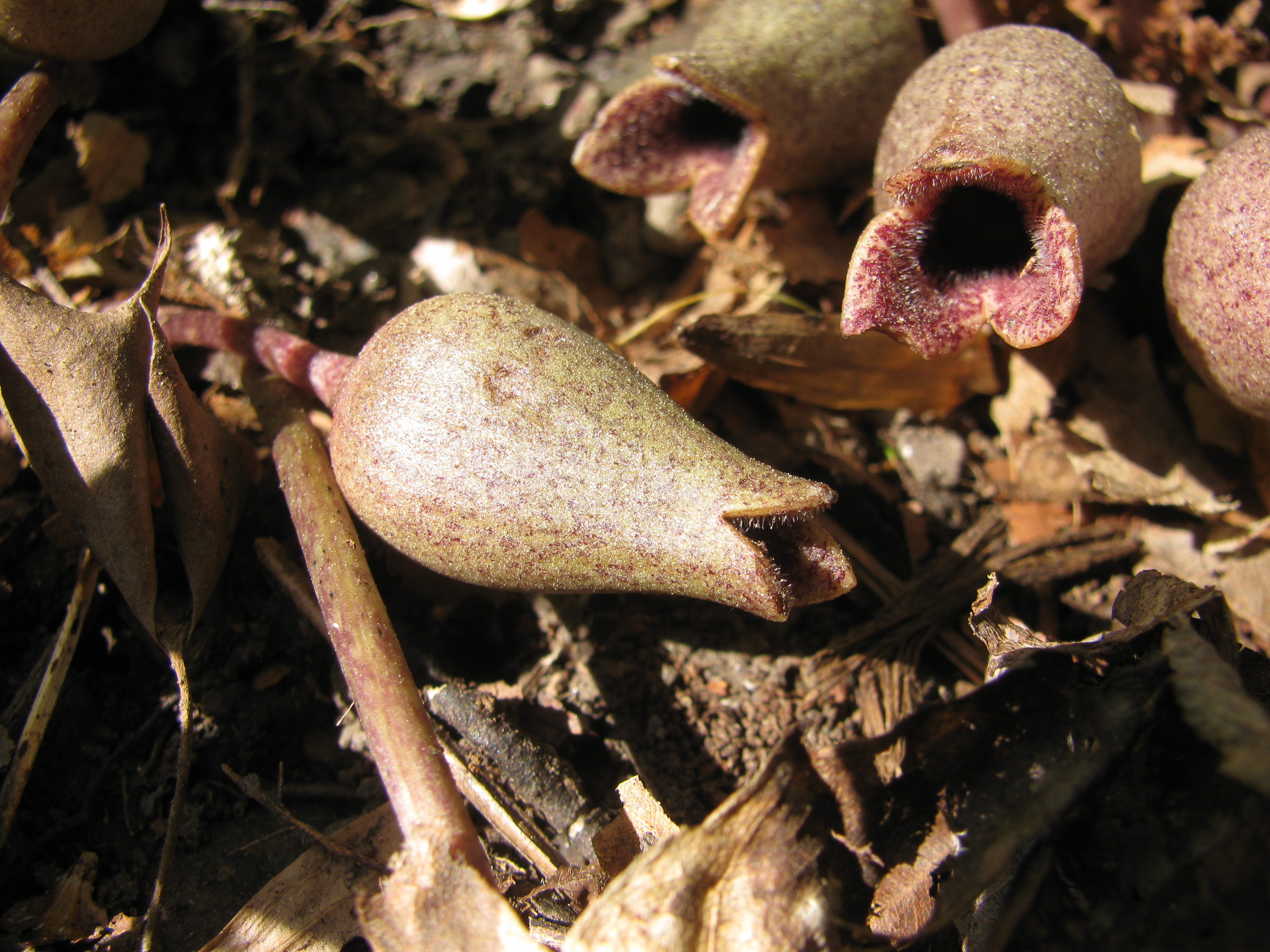 This plant is in the Aristolochiaceae, or the birthwort family. Many plants in this family have medicinal compounds. For example, Hexastylis arifolia has been used for breathing problems and pain. This family usually has large heart-shaped leaves and reddish cup-shaped flowers. For Hexastylis, their reddish brown flowers are set on the ground, indicating that they are pollinated and have their seeds dispersed by crawling insects (Spira, Wildflowers & Plant Communities of the Southern Appalachian Mountains & Piedmont, 2011). 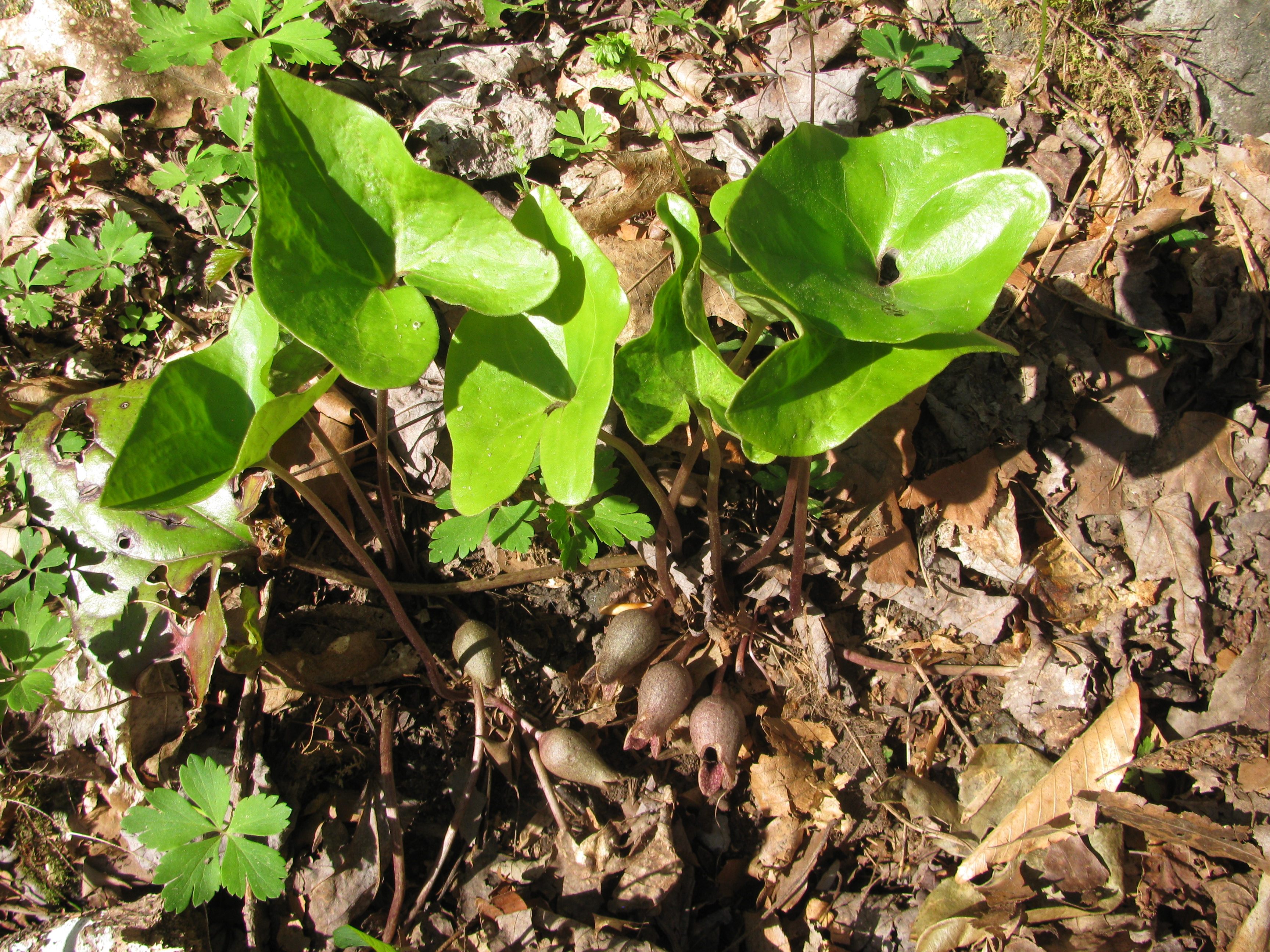 There are five species in the genus Hexastylis in Tennessee. The defining characteristic is floral shape, especially the structure of the styles and stigma (male and female floral parts). I didn’t take photos of the inside of the flower so I was worried that I would be unable to identify the species. However, there is only one species in Sevier County: Hexastylis arifolia var. ruthii (University of Tennessee Knoxville Herbarium: Hexastylis). 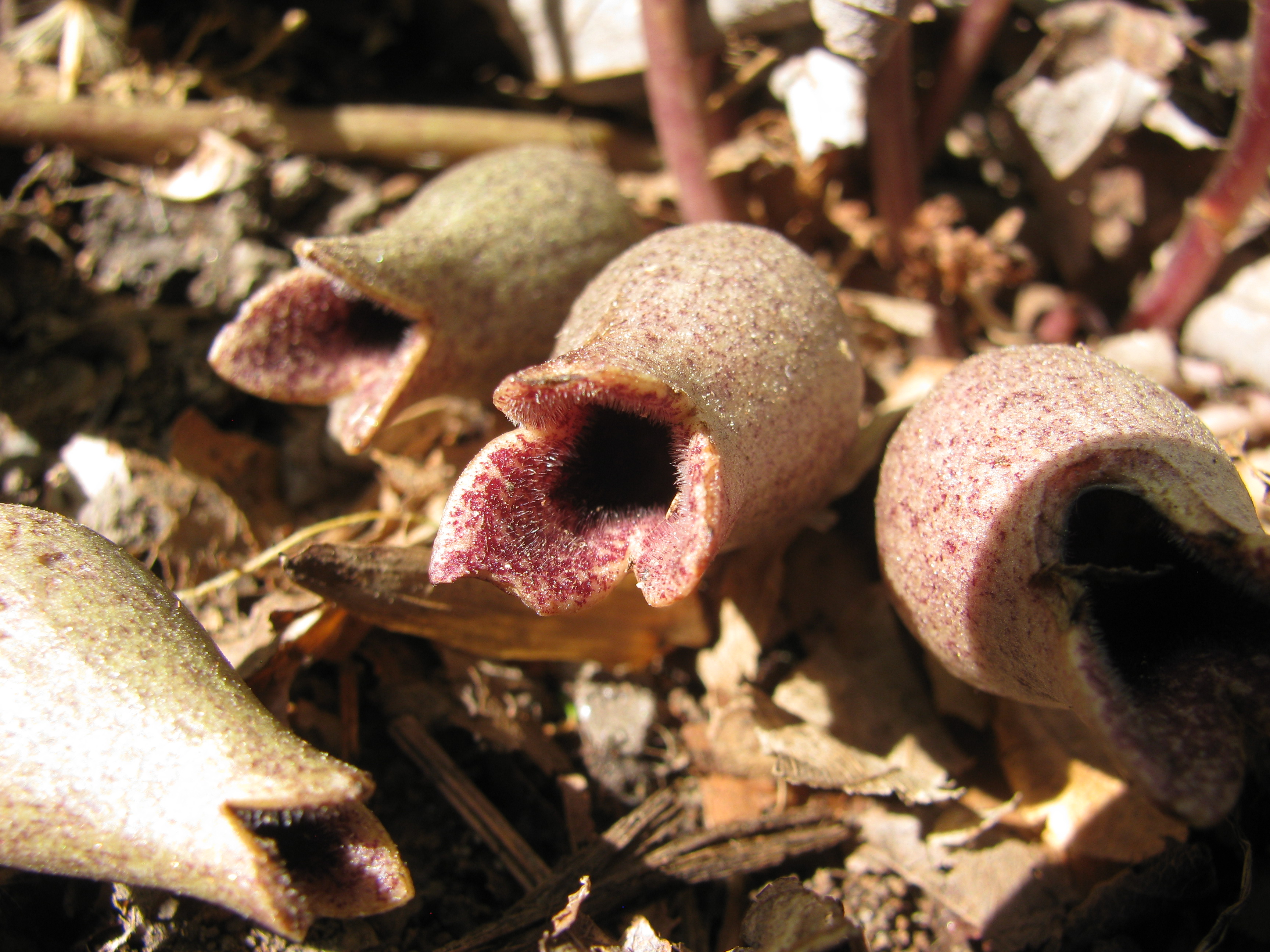 Can’t see the internal floral parts as they are deep inside the flower (Hexastylis arifolia var. ruthii, Aristolochiaceae) 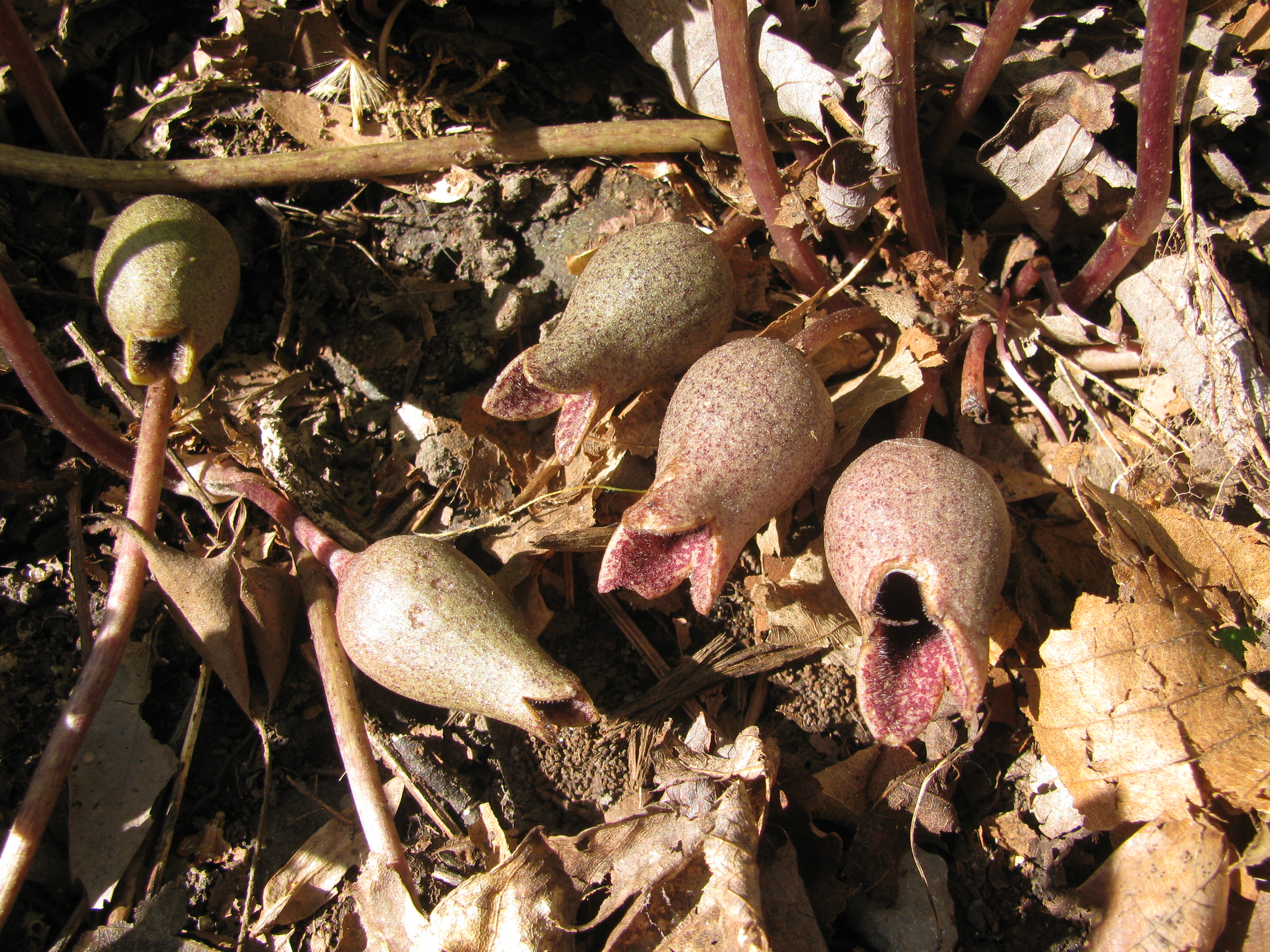