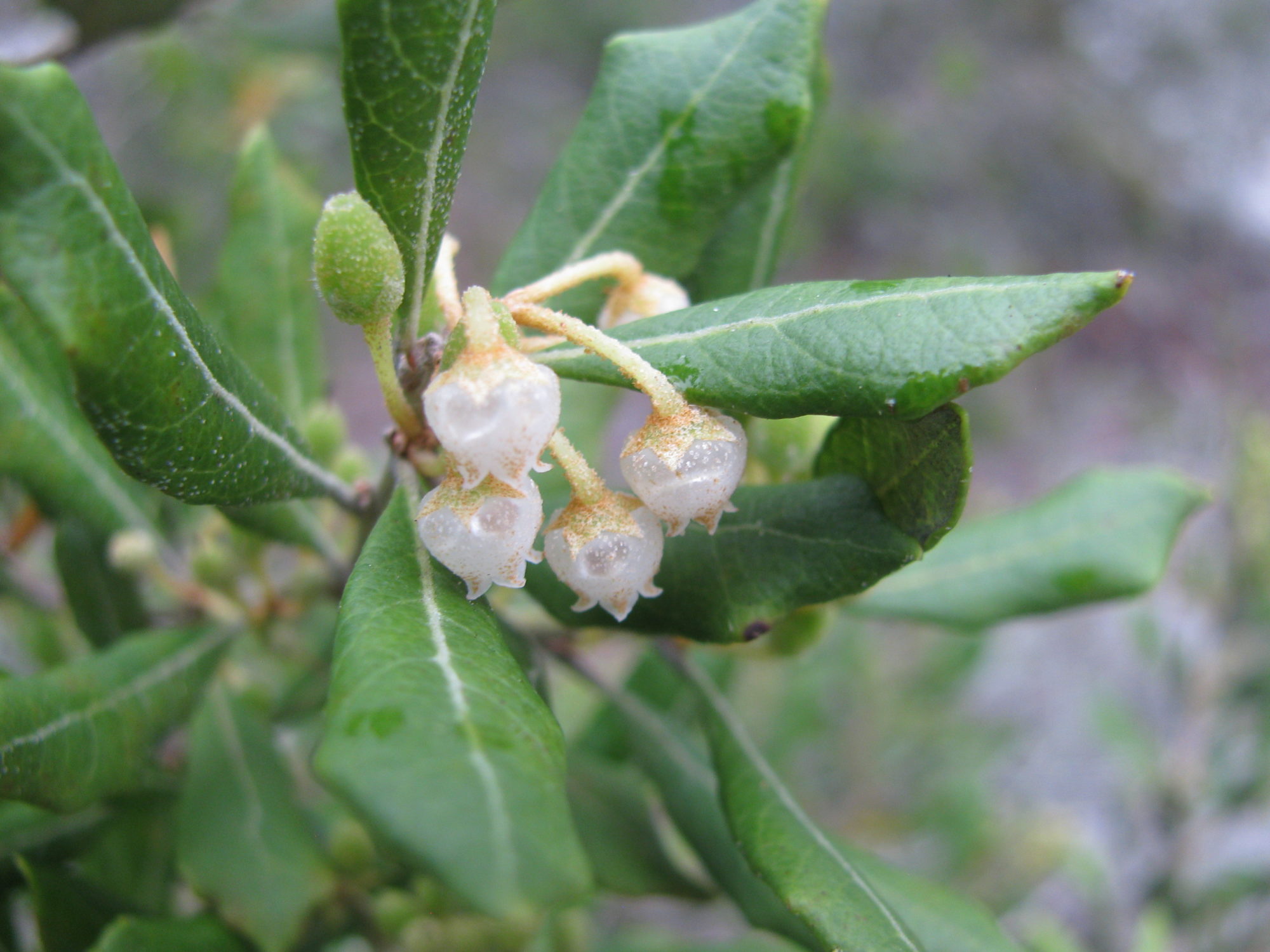 My family and I took a trip down to Panama City, Florida. We walked around the rainy coastal dunes and I found a variety of Ericaceae (blueberry, cranberry and rhododendron family) in the sand. This family is usually found in acid soils, such as bogs and marshes, in the northern US. So I was surprised to find them mixed into live oaks and saw palmettos near the sea shore. I used the very nice Atlas of Florida Plants for my identifications. The cover photo shows the live oaks (Quercus spp., Fagaceae) that dominated the area.

The first Ericaceae species I saw was Ceratiola ericoides or sand heath. This plant is interesting as it is an dioecious plant, which means it has male and female flowers on different plants. The photo shows the male flowers. 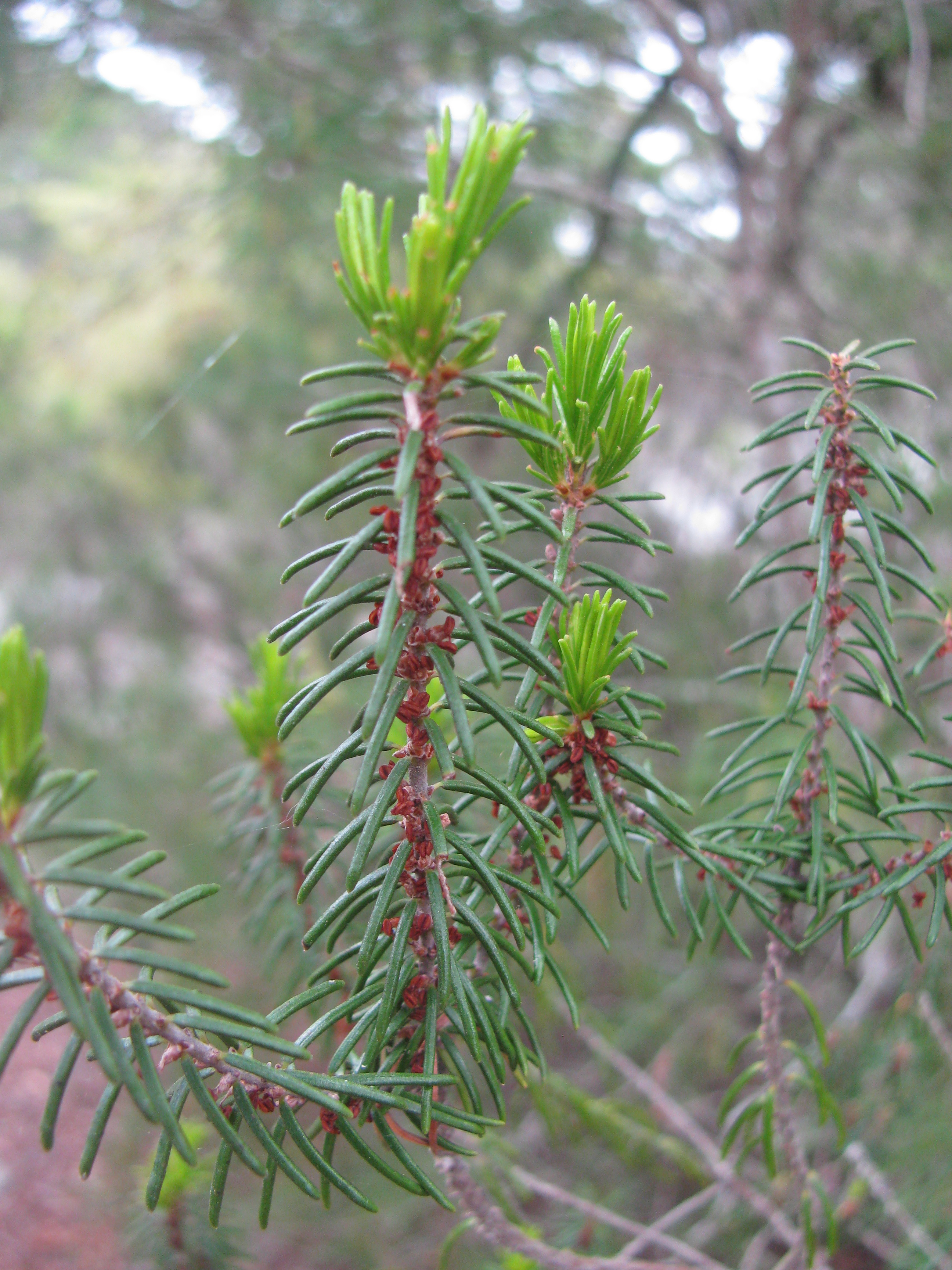 The second was Lyonia lucida or fetterbush lyonia (also called the hurrahbush or staggerbush, pretty good names in my opinion). I read that it is called fetterbush as they can form thickets that are difficult to get through (Missouri Botanical Gardens: Lyonia lucida). 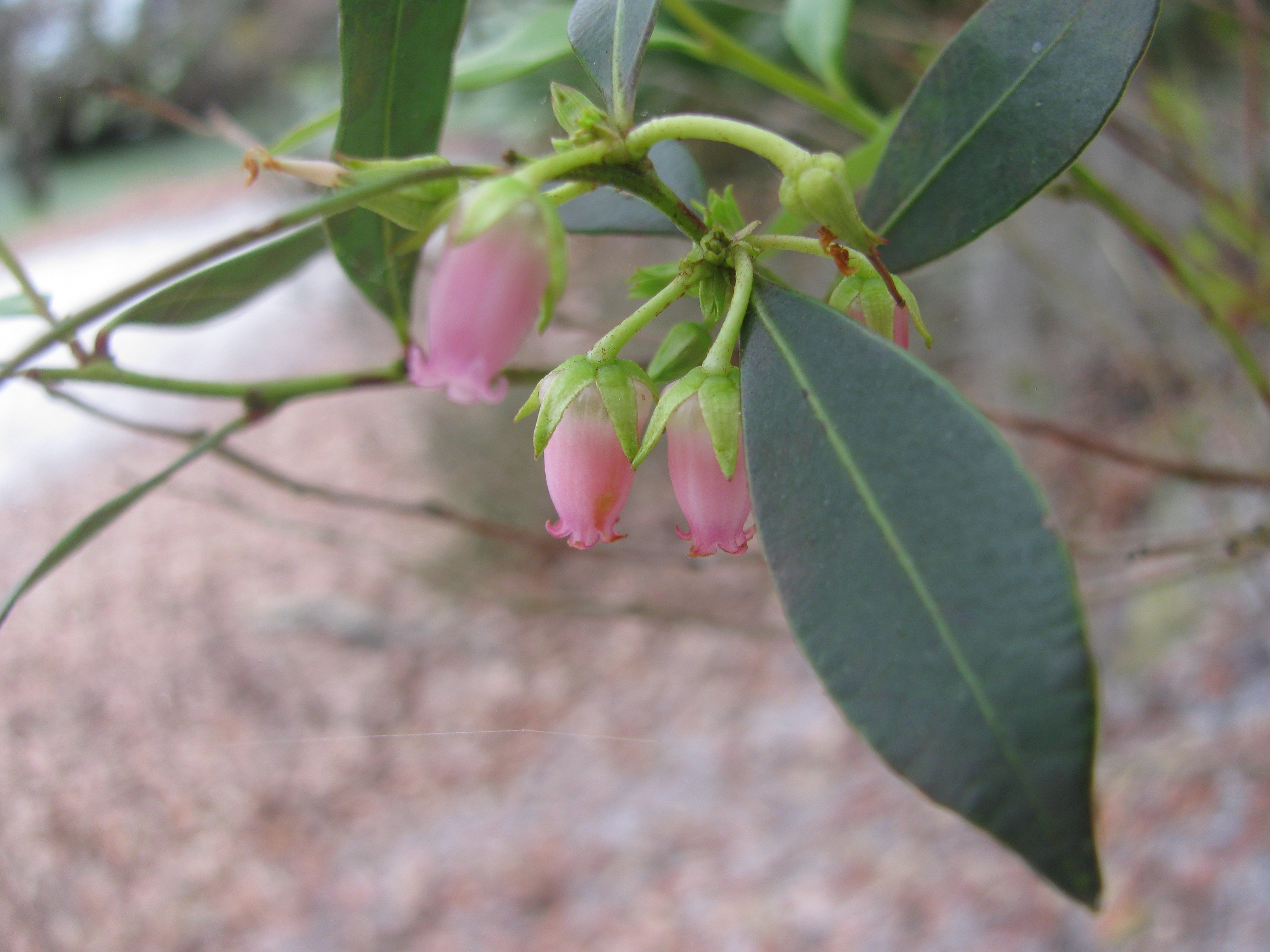 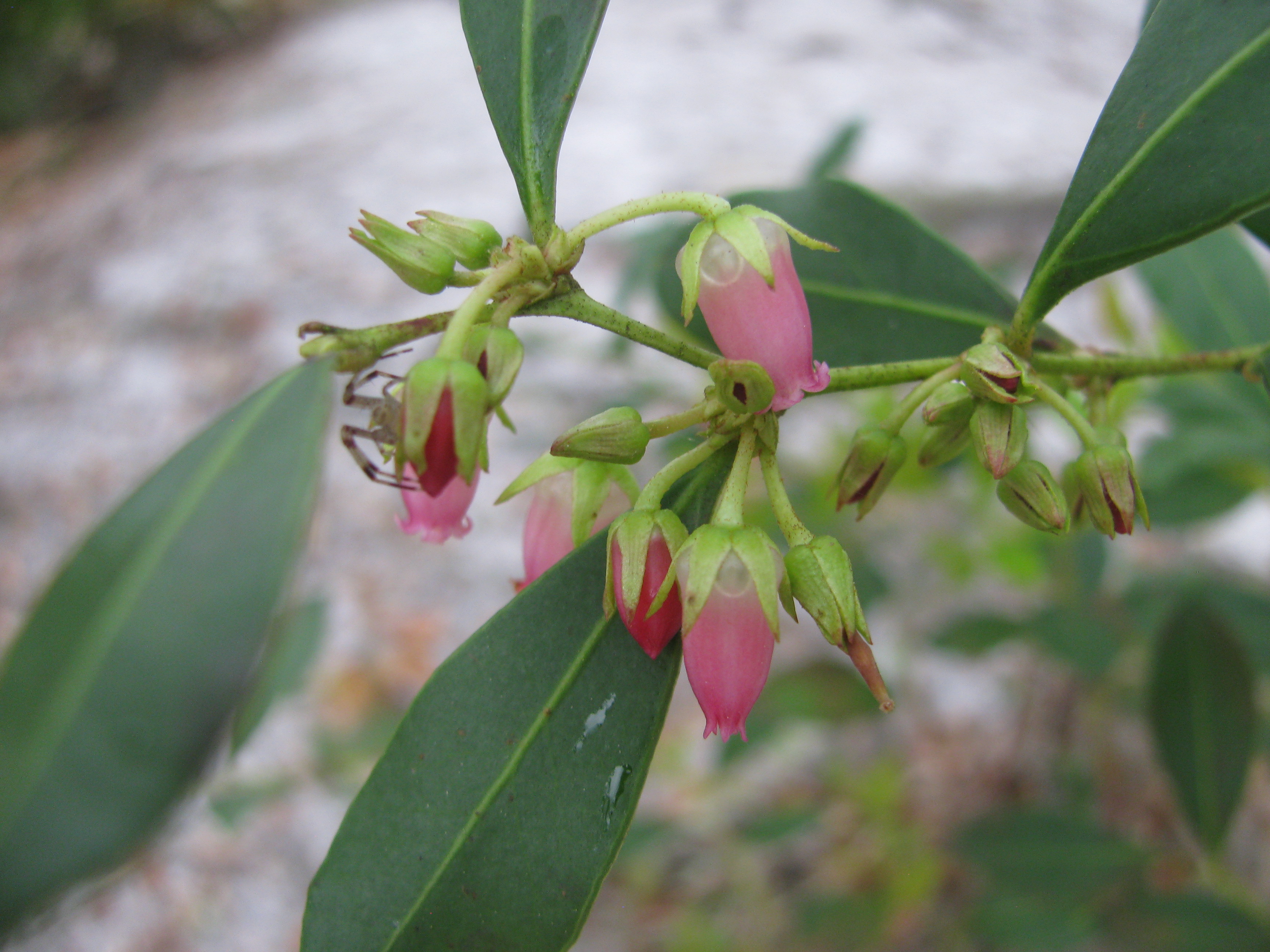 The third was Lyonia ferruginea or rusty lyonia. Powdery scales cover the plant to protect it from pests, which is fairly common for Ericaceae species. 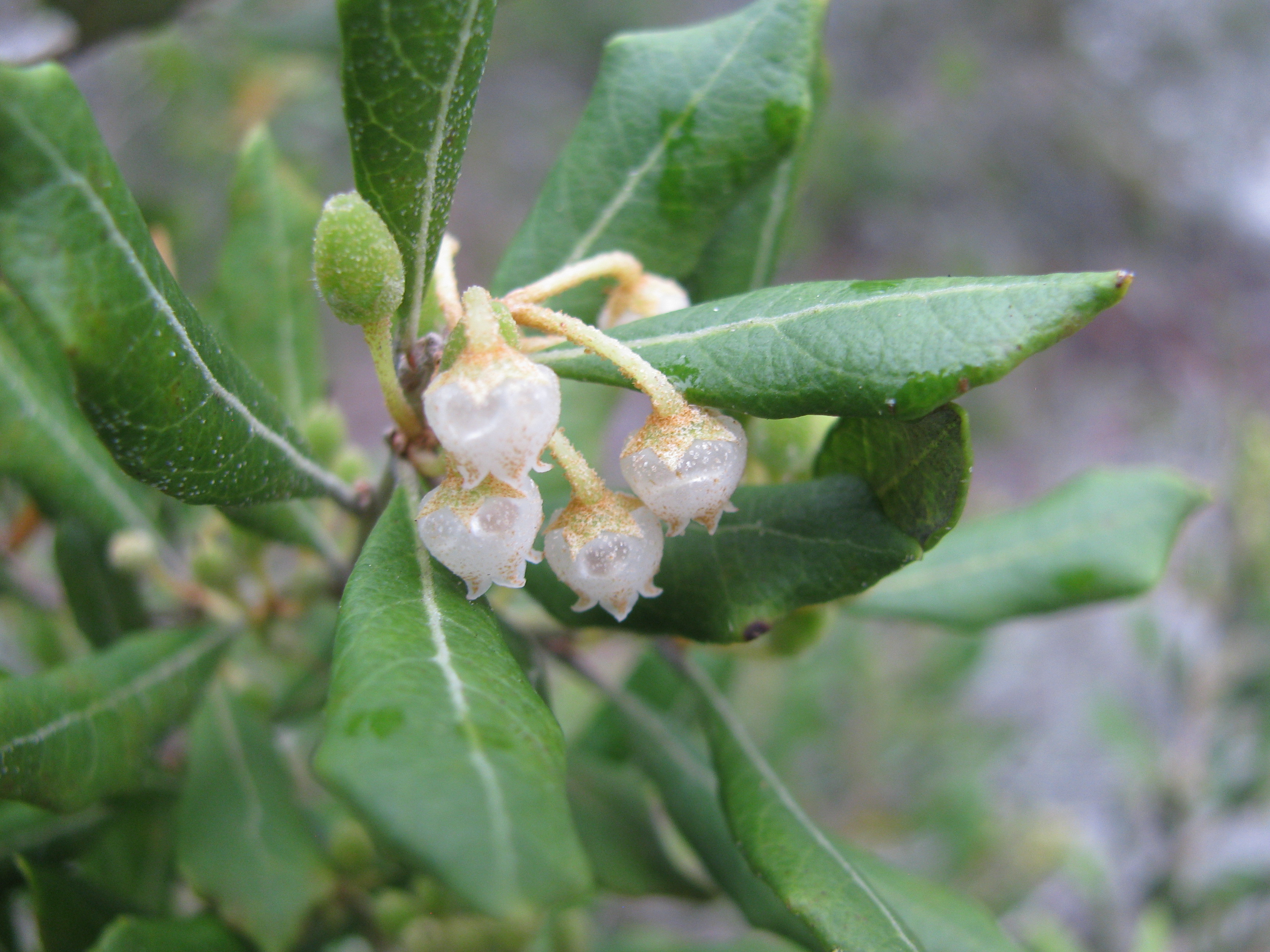