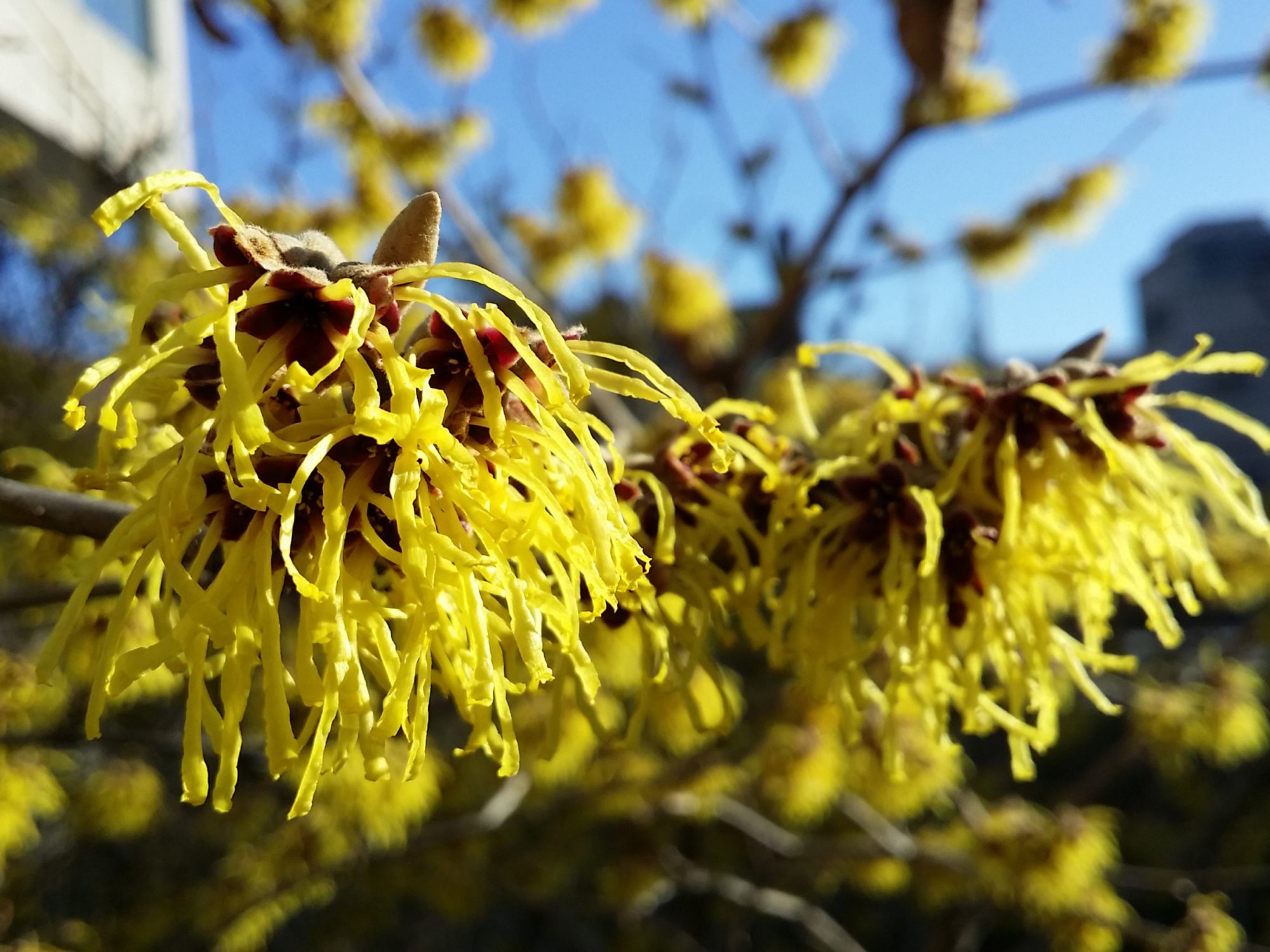 Nothing like non-native witch hazel to brighten your early spring day! The planted witch hazel on campus is just starting to bloom as the weather warms up here in NY. 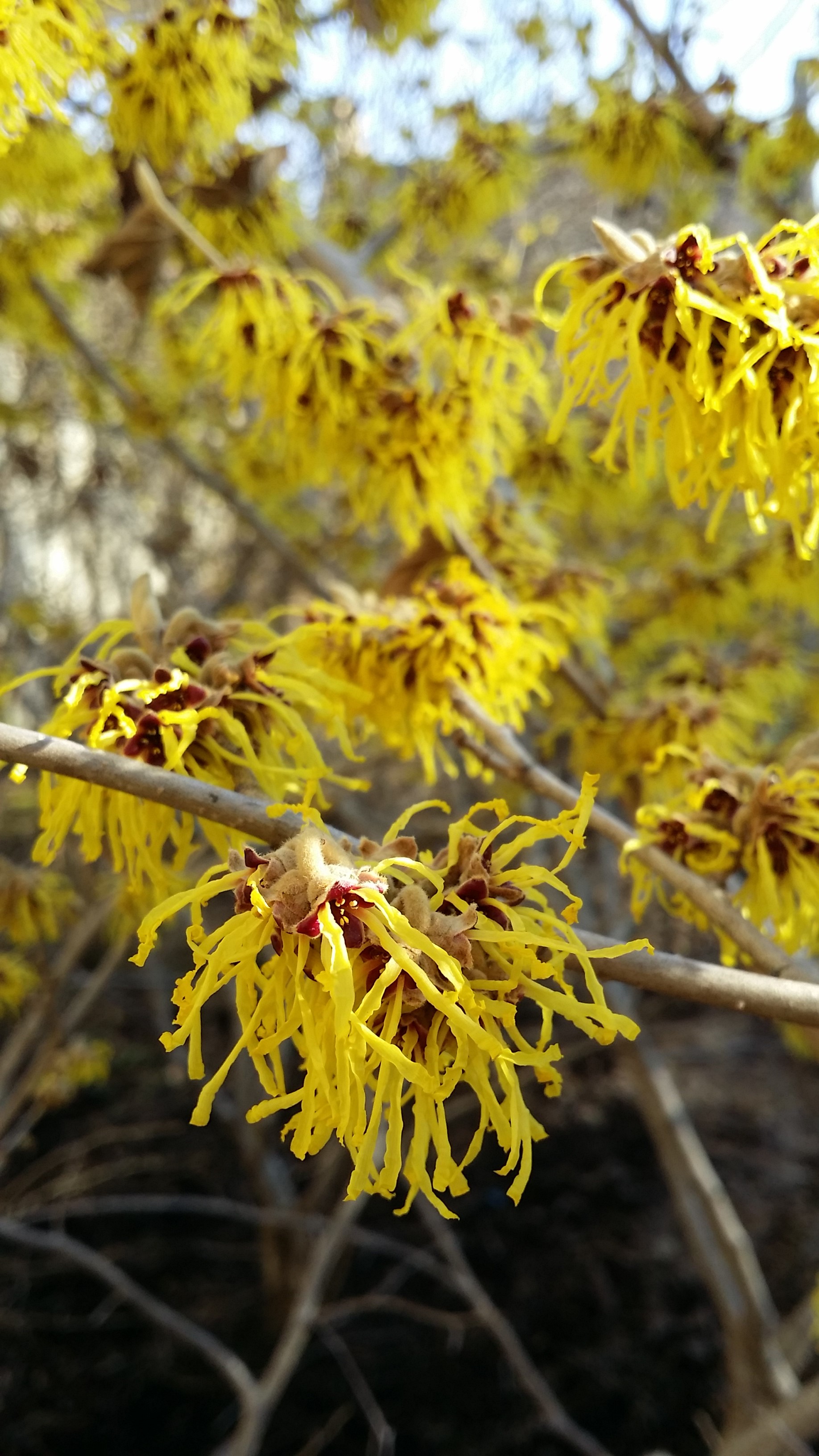 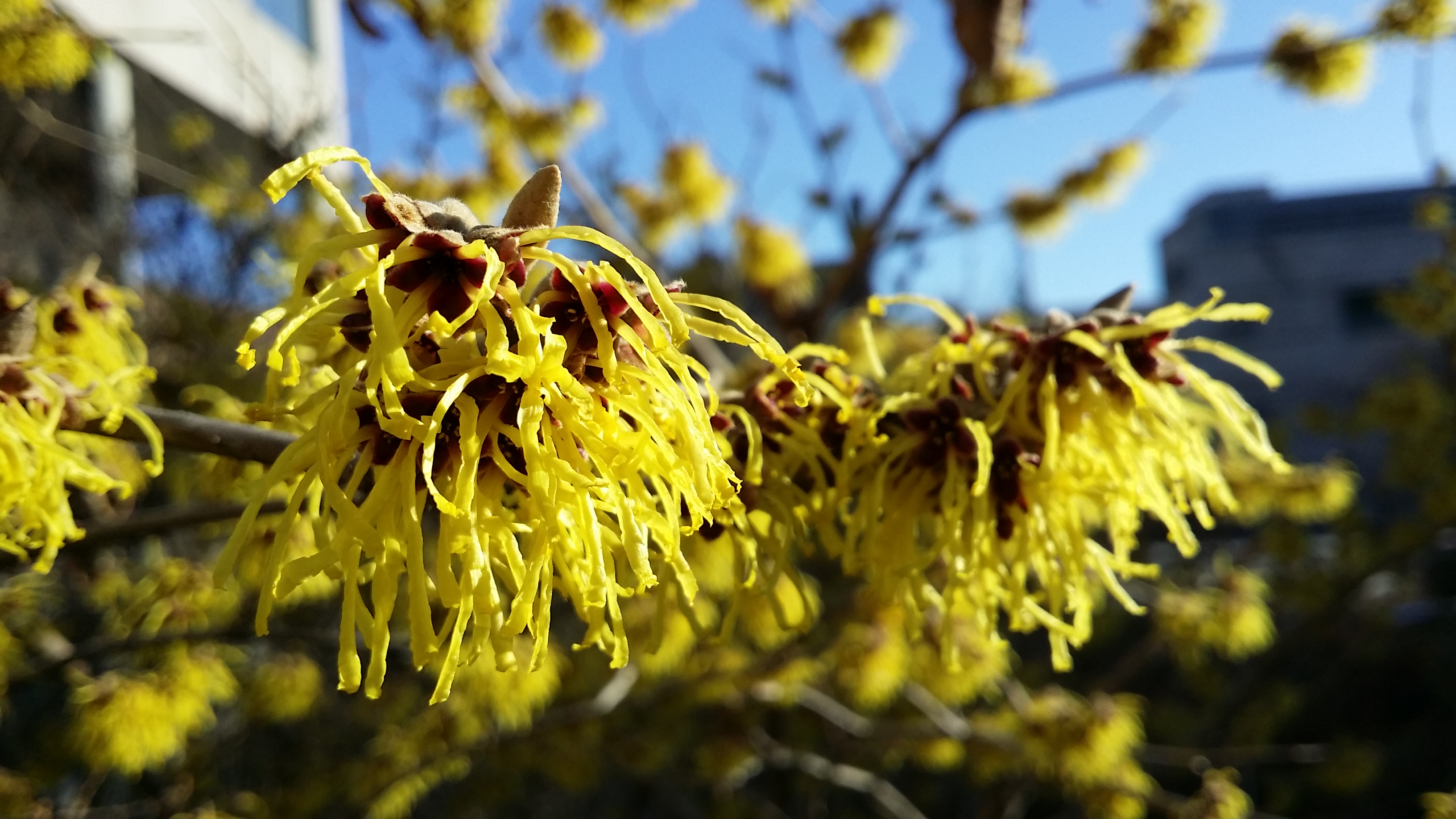 The NY native witch hazel (Hamamelis virginiana, American witch hazel) is a small understory tree that likes older forests, such as beech-maple. American witch hazel blooms October to November. So a witch hazel that blooms in the fall is a native spieces. There is the Ozark witch hazel (Hamamelis vernalis), which blooms in the spring, but it is only found in Missouri, Oklahoma and Arkansas. Most planted witch hazels are from Asia. I pointed witch hazel out to a friend who was studying to be a dentist and he was pretty interested, as it has been used for skin and intestinal problems (Foster & Duke, A Field Guide to Medicinal Plants and Herbs: Eastern/Central N. America, 1999). 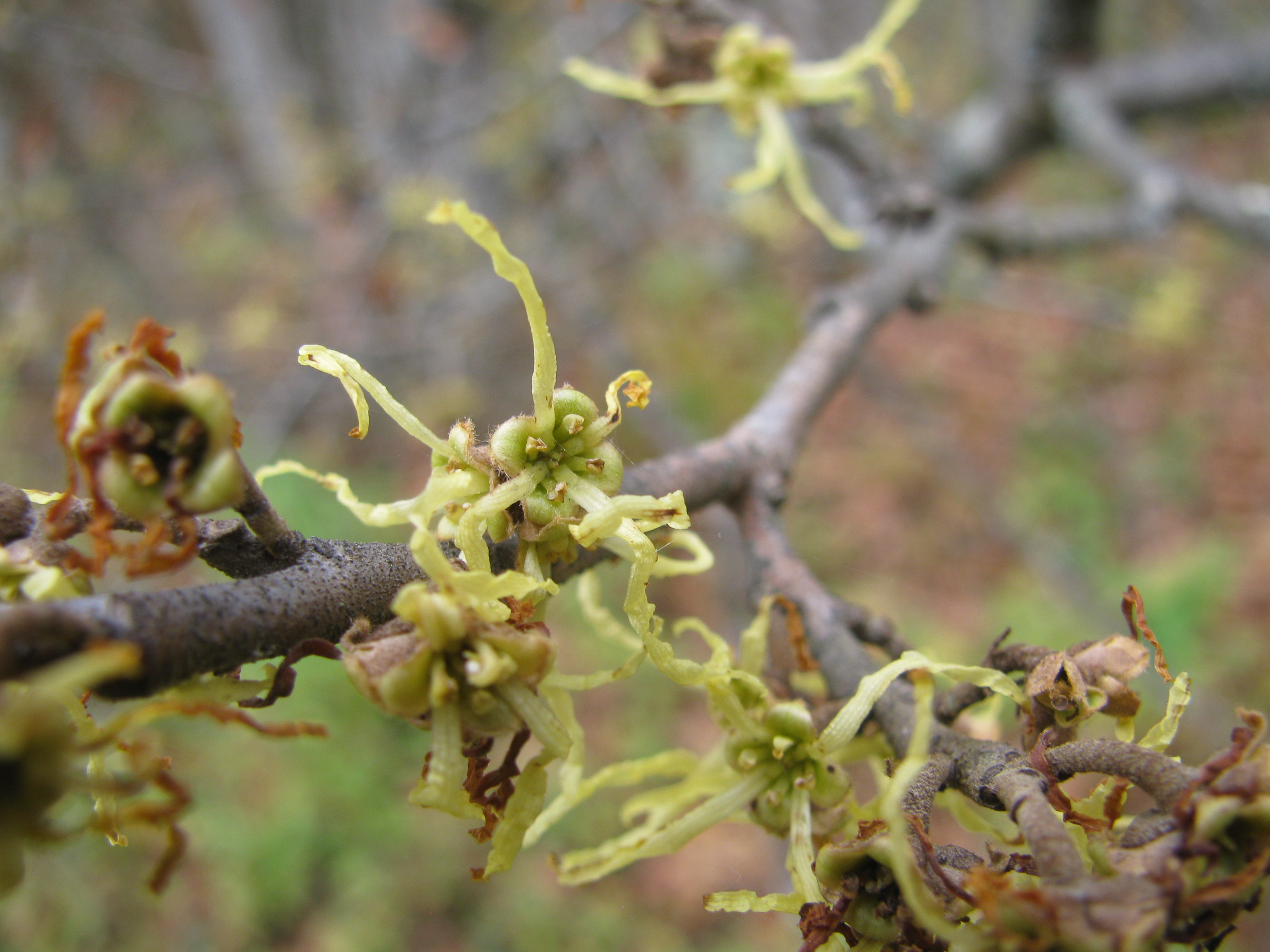